Internet traffic consists of much more than humans surfing around. A study found that 38% of Internet traffic came from bots in 2018. Of that 38%, 20% had malicious purposes while the remainder was for benign purposes. Traffic surrounding the finance industry take the amount of bad bots to 42%! 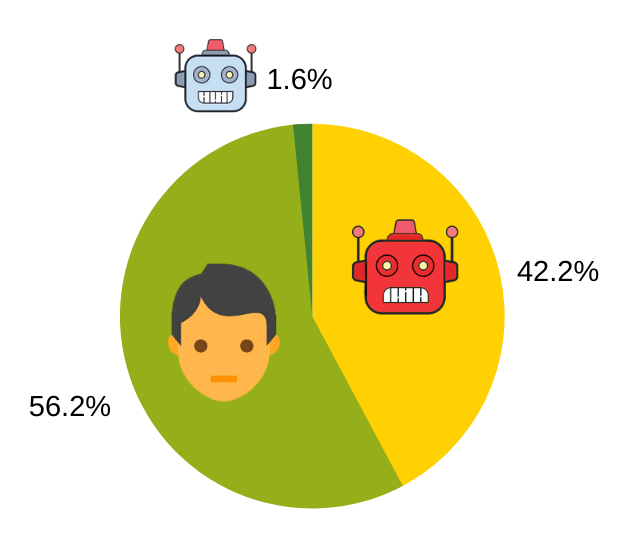 Automated attacks and bad bots can overwhelm existing security solutions. Without the proper software and the knowledge to use the software, a company might fall victim to the following.

Credential stuffing is the practice of using common passwords or those taken from breaches and inputting them into form fields using tools that automate the process. For a bank, the credentials to an account can reveal a trove of personal information. If the stuffing is directed towards servers or other backend tools, then a massive breach could be the end-result.

The topic for many phishing emails is banks and finances. When people get a message regarding their money, they pay attention. Sending large amounts of emails with the intent of deceiving the recipient. The deception can lead to customers having their credentials compromised. The fraudster might create a duplicate bank login page and link to it. They might also ask for the credentials in a message.

Botnets are massive amounts of connected devices. Previous hacks resulted in their compromise. These devices can take aim at critical networks and send traffic. If a server is forced to handle too many requests by fake bots, then legitimate requests will not be able to be handled.

A firewall can defend against bots. Users can configure the devices to only handle certain types of traffic. If a website visitor has the characteristics of a malicious bot, then the website can handle the requests from his session differently.

If you are short on internal security resources required to manage these solutions on a 24x7x365 basis, then Managed Security Services would be beneficial. This allows your staff to focus on other strategic security projects and helps offload the intensive job of monitoring and managing security devices. The components of this managed service include: